Lake County is either one of the most forgotten or most disregarded spots in California. Two and a half hours northeast of the San Francisco Bay, this early 20th-century resort-land has been reduced to meth labs, Wal-Marts, and empty storefronts. Today, roughly 16% of the county lives below the federal poverty line, well above both the State and Federal percentages. 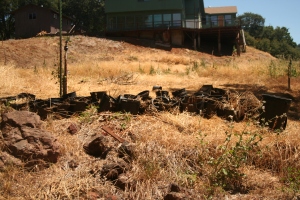 The busiest section of freeway, California Highway 20, runs from the Mendocino Coast to the Nevada border and serves as the main artery of Lake County. Compared to the small winding mountain roads and sparsely populated cities, it feels like a major interstate.

As the semi-trucks fly across the highway, Linda Lepp, the wife of imprisoned marijuana legend and activist Eddy Lepp, shows me the remnants of the life that was.

Amidst the unassuming suburban and rural homes, is a beautiful green 9-bedroom home atop a hill overlooking Clearlake and the surrounding mountain ranges, blue in contrast to the green valley. This was once the home of Eddy Lepp. 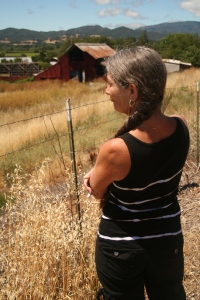 Walking up the long driveway to the house, there is a dried up pond, which clearly fed the sprinkler system that is tiered up the hill. Black pots are littered in the dried grass, small hints at what this estate used to be.

Linda points nostalgically across the highway to a large empty field—clearly visible for miles around and directly alongside the interstate. This was the location of Eddy’s Healing Fields, which was planted and maintained legally within the bounds of California State medical marijuana laws. In addition, local authorities were also consulted and notified before a plant ever went into the ground.

She looks around the fields and up the hill to the home with a heavy heart and fond stories about the people who stayed with her and Eddy, the ministry and the actual gardens, which occupied fields on either side of the highway and led all the way up the hill to the house.

The Healing Fields were a donation-only medical marijuana garden serving patients throughout Northern California. Patients drove from as far as five hours away to rent holes for the season that would be tended to by Eddy’s ministry. In turn they would be given 1-2 pounds of high quality medicine after it had matured and had been harvested. Lepp, a Rastafarian Minister, used the donation money to subsidize his charitable work in the impoverished county; he gave away medicine to anyone in need, he bought a coffin for a local child who died of Sudden Infant Death Syndrome (SIDS), bought the local high school cheerleading teams new uniforms, and donated money to a local church.

The DEA, under direct orders from the Bush Administration raided the home and arrested Lepp, who is now serving a 10-year sentence in federal prison.