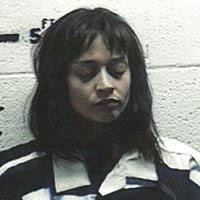 Originally published at Toke of the Town

Last week, singer-songwriter Fiona Apple’s tour bus passed through Hudspeth County West Texas where it was stopped by local law enforcement and searched for narcotics. The search turned up about an ounce and a half each of marijuana and hashish. Apple was taken into jail where she spent one night before being released on $10,000 bail. Now, according to Alternet, she faces a minimum of two years and a maximum of ten in Federal prison for the offense.

Blatantly pro-marijuana musicians Snoop Lion (formerly Snoop Dogg) and Willie Nelson both got away with a hand slap— but not after Willie Nelson was degraded into performing “Blue Eyes Cryin’ in he Rain,” for a judge to have his charges dismissed.

No one is surprised when they find marijuana in a tour bus; in fact it’s practically a guarantee of both the Willie Nelson and Snoop Lion brands. Police and civilians alike would sooner be surprised if they didn’t find pot. What is surprising however is the economic persecution and discouragement of small-town law enforcement when big city celebrities attempt to bring money and joy into such hot, desolate and miserable places as West Texas.

Apple is facing a steeper sentence because she not only had marijuana; she had hashish, which is commonly misconstrued by willfully ignorant police and media as “stronger marijuana.” Hashish (or hash, kief, etc.) is NOT a stronger marijuana, it IS marijuana. Hashish refers to the trichomes, which are gelatinous caps growing off of the marijuana plants, which contain the majority of the plants supply of THC.  They are what make good buds so sparkly. They are removed in a variety of ways, commonly cold-water extraction. Chemically, they are no different than the trichomes on the outside of the marijuana bud, just no green (or in Texas’s case, brown) plant material. But how would you expect a cop to know something like that?

These are the same cops who claim that drug dogs, over the scent of gas fumes, smelled the marijuana buried in a backpack in the bus, when the most likely scenario was they saw a big fancy tour bus coming from the west and relied on an educated guess that a juicy celebrity drug bust lay inside it. These cops also work for the State of Texas, which biochemically redefined hash to categorize it with K2, aka fake marijuana, a newly banned drug in the State with harsher violation penalties than actual marijuana. Hudspeth County Sheriff Arvin West has no reservations about playing the old-West stereotype of the outlaw-law enforcement terrorizing his own people for fame and profit.

The entire county has a population of about 3,000 and is only an hour’s drive away from Ciudad Juarez, Mexico— a city that has seen 10,000 murders since 2008 when the United States escalated the War on Drugs within the border of its Southern Supplier. While there is no clear and present danger of that violence spilling into the small county of Hudspeth, there is the clear and present danger of Fiona Apple smoking hash in the back of a tour bus and jamming with her band.

Instead of addressing the drug crimes that matter, the Hudspeth County Sheriff has opted instead to play Old West border bandit with musicians who do nothing but bring in buckets of money for the godforsaken state while complaining out the other side of his mouth about illegal border crossings, an actual problem when it involves violent drug crime.

South by Southwest (SXSW) in Austin (albeit nearly 500 miles away) brought in almost $167 million last year for the city— about 70% of its yearly revenue. What if the entire line-up this March stood in solidarity with Fiona, Snoop and Willie and decided to boycott all concerts and appearances in the entire State of Texas until Hudspeth agreed to pursue the crime actually occurring in its hell-desert instead of celebrities and musicians who bring buckets of joy and money into the State? What if there was no South by Southwest this March? How long would it take for the City of Austin to come down hard on Hudspeth?  Perhaps they can sue the small county of Hudspeth for lost revenues if, in fact, no musicians decide to play SXSW out of principle next year.

This is a picture, emailing and mailing address of the Hudspeth County Sheriff Arvin West, tell him why you support a Texas State Boycott and its all his fault.

2 thoughts on “WHY THE ENTIRE MUSIC INDUSTRY SHOULD BOYCOTT THE STATE OF TEXAS (Except the Jonas Brothers, that’s your punishment Sheriff West)”